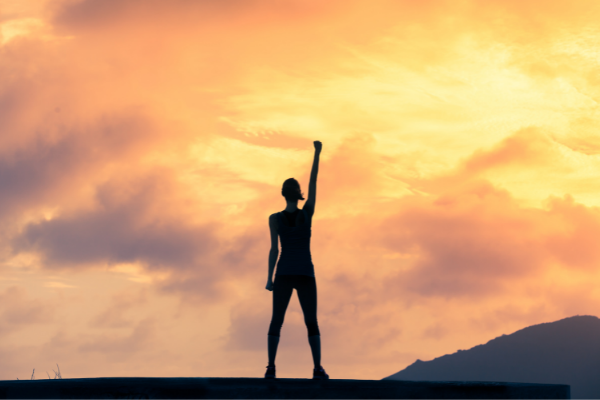 After this last year of tumult, what could possibly become the silver lining?

If you live on the panhandle of Florida, we didn’t only weather the pandemic. We ‘survived’ Hurricane Sally. Not to mention, we are in the throes of hurricane season again. So many blue tarps are still visible too.

We had social unrest and domestic distress. In one form or another, we have had to dig deep. Finding new ways to exist and operate in a new normal has been a test of resilience.

At forty, for me, finding my footing in the chaos wasn’t too difficult. Some things are more trying than the weather—marriage for one. Parenting is also top of the list.

Yet, everything has its rhythm.

Almost two months after Hurricane Sally sauntered through Pensacola, I woke up panicked. I knew life was about to change again. In all of the ways that I had moved on from. Ways that over time I reluctantly acknowledged and then eventually released with ease.

With a body clock more reliable than the GMT itself, I knew before I had even finished that I had just ‘taken ten steps back.’ I was freaking out.

Had I not just spent the last year and a half getting my feet wet, finally doing things for myself again? My daughter was now well into first grade too. I had time for myself, which meant getting actively involved. Filling my spirit with doing right by the community, which we now fondly refer to as our own.

Yes. The hCG strip made the confirmation of what I was fearing. I was pregnant, and I didn’t quite know how to feel about it.

With every opportunity at motherhood, one should rejoice, right?! How come I was sitting there freaking out?

Honestly, for a million reasons. Most realistically, because I was 40 and now didn’t know where life was headed. Living a pandemic life, I didn’t have to say anything to anyone for a long time. I was already through my first trimester by the time my daughter worked her way through a well-planned scavenger hunt on Christmas Day, and the three Wisemen left presents for not one but two daughters in the days following.

Yes, I even knew that we were having another girl.

My firstborn, now seven, was over the moon. She had longed to be a big sister. On New Year’s Eve, we took her new telescope outside to make a wish on a star. She wanted a little sister so badly! I had informed her months before that “the factory was closed.” No more babies in sight. I had even begun to get rid of all the bits I had been saving for years, two weeks before I realized I was with child once more.

Now here I was, carefully orchestrating the memories that were to remain the stories we tell for a lifetime. Yeah, I’d call it a tailspin.

It was the Christmas scavenger hunt that made me have to finally come to terms with it all. My daughter’s excitement seemed to ignite my own. It was full steam ahead at this point.

I also know that many career-seeking women where I am from, or those that found the right love a little bit later, also start their families later. To me, 32 is later, but 40 was pushing it. Then, as though the algorithms were listening (insert bewildered laugh here), I began to see and realize exactly how many women I know were pregnant. And how many of those were in the 40+ range.

It was like a quiet sisterhood had landed on my lap.

Each of us worried about something different. Some that they had waited too long. Others that this may be their only child. For me, it’s mostly been whether my age would affect my child being completely healthy. I’m not old, but in ‘maternal years,’ I’m bordering archaic. And I didn’t have any eggs from ten years ago on ice either, which I was encouraged to do and decided against it.

Of course, even more questions in my head were raging.

Are the girls too far apart?

Do I have to completely halt everything I had started?

How can I possibly have the energy for this?

Am I able to do for the new little one what I did for my firstborn?

With each passing week, I felt more confident. I knew I would do anything for my child. That was always a given. Now I was sure the age gap was going to work and even better than if things had worked out years ago when I actually tried to expand my family. I also knew that I could continue with what I had started in the community. More importantly that I needed to.

There are many ways to be a good mother. I believe being present is one. Showing strength through action is another. The list goes on. If there was any lingering doubt, it went away the moment my little cherub entered the world and when, for a second time, I cut the umbilical cord. As women, we are always much stronger than we give ourselves credit for. We manage to lead with our sixth sense and overflowing hearts. Somehow we make it through day-by-day and still show up regardless.

We are warriors not to be taken for granted or misunderstood. The mere fact that we are women crowns us with ferocity and equal parts compassion. We are keepers and providers of the future.

Our spirits lift up communities. We should never doubt our ability to deal with what is served to us in life. No matter what comes our way…we can, and we will survive it. That’s what we do. It’s what I tell myself, and that’s what I’m reminding you too. Gifts of strength show up in the most peculiar of ways.

When we acknowledge that it was always part of our story, written long before we were here, we are again lit ablaze and illuminated by the power of what it means to be a woman. 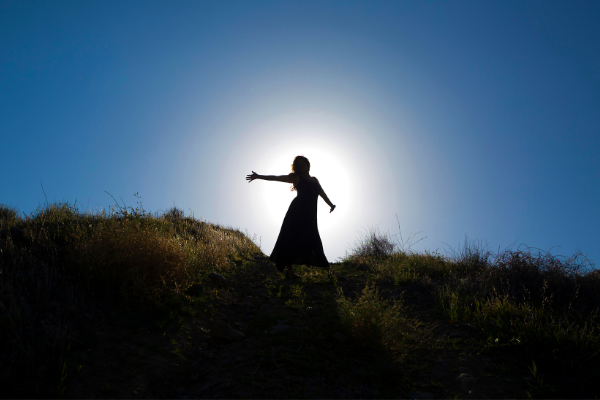 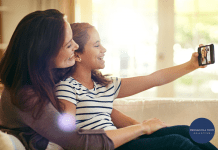 The Marks of a True Warrior 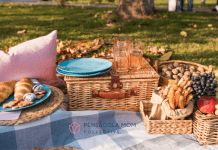 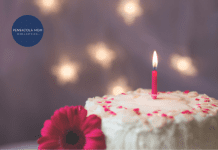