“Your biopsy results are back…”

A scary phrase no one wants to hear, but unfortunately a phrase many will hear at least once in their lifetime.

My journey begins winter of 2020 also known as pre-Covid. One morning getting ready for work I found a dry piece of skin in my hairline. I have eczema and assumed I was having a flare-up. I put a topical ointment on the spot and went on my way.

Over the next few months, the spot would come and go. Sometimes it looked like a mole or a wart and sometimes appear with a zit on it. It took all shapes and forms. Most doctor offices were closed due to Covid during this time, so I never bothered to schedule an appointment to have it checked out.

Fast forward to 2021 and a friend posted a picture on Facebook with a huge scar on the side of her face. After reading her post I noticed so many people commented they had the same problem. A dry spot on their skin or a zit that wouldn’t go away.
They all gave the same warning. Basal Cell Carcinoma. The “good” skin cancer.
The next day I made an appointment and finally got in to see the dermatologist. The doctor and his Physician Assistant didn’t think it was anything, but they did a biopsy just in case.

A week later my results were in. It was positive. I had Basal Cell Carcinoma. How did I have good skin cancer if I had dark hair with dark skin? I wear sunscreen on my face every day.
I had a procedure a month later to get the spot removed. 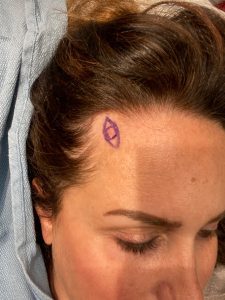 The dermatologist was very knowledgeable. He told me the media scared people about the odd shape moles but never warns of the kind I had. He explained that every time my spot got better it was shedding a layer underneath the skin. (Not medical advice, but an easy way to explain what was happening).
I was told it was a small spot requiring only a 1/2” or less cut. However, because it was so deep I came out having a 2” cut in my forehead with multiple layers of stitches. After the numbing medicine wore off that evening, I was in so much pain. Not what I had planned or expected.

It’s been five months since I had the spot removed. The first month after the procedure was torture. For four months I have been on nerve medicine every day. A couple of times a week I have pain that shoots off toward the back of my head. Around 25% of my head is still numb and tingles.
Since then I’ve talked to so many people about Basal Cell Carcinoma. Most of them said they saw a dermatologist for a spot that wouldn’t clear up. Over half of them said they thought the spot was a zit that wouldn’t go away. Or a patch of dry skin that they thought was eczema. All of them ended up having Basal Cell Carcinoma.
I’m not trying to scare anyone, but I am trying to warn everyone.
Go see the dermatologist.
Get skin checks annually. If I would have gone in earlier for my spot I may have caught it earlier and not have the lasting nerve damage that I have today. 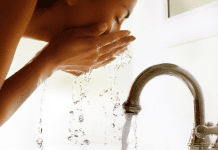 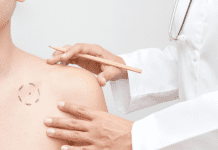 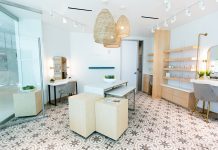