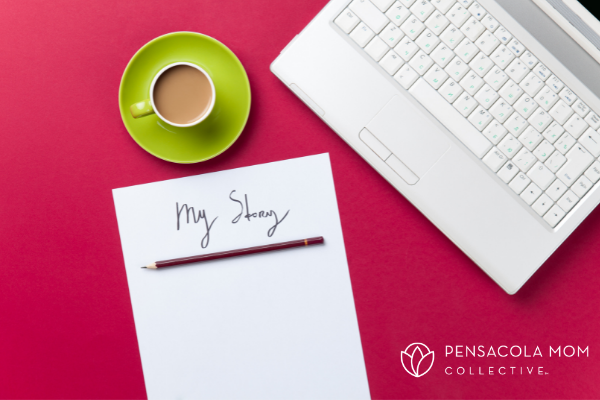 I’ve always equated writing and publishing my first novel to being in a relationship; new and exciting in the beginning, filled with hard work and feelings of insecurities in the middle, only to end in a loving and lasting relationship.

Here is the story of my first love, “A Lost Woman.”

I developed the idea ten years ago while standing in my kitchen cooking dinner. Immediately, I wrote it down in my journal, which I still have today. Unfortunately, shortly after I started writing my first novel, I had to put it on the back burner because I was pregnant with my first child of two.

Fast forward six years, I finally found the conviction and the time to start writing again, having never let go of my dream to become a published author. For six months, I repeatedly attempted to write my story. Oftentimes this was in the middle of the night or early in the morning when no one was awake or I didn’t have an endless list of things to do. However, I never seemed to find the time I truly needed to devote to finishing the book.

During this time, I began reading Stephen King’s book “On Writing,” which was a game-changer. My big takeaway from this book was to get the completed story on paper. It didn’t need to be perfect or grammatically correct. I didn’t even need to have every piece of the story; it just needed to be completed. Right then, I knew the only way I could make this happen was if I gained some time away from my job as a mommy, wife, teacher.

I gained the opportunity of having an uninterrupted week to myself (I know, shocking with two little kids), thanks to my in-laws, who were able to make it happen.

By the end of the week, my first novel, “A Lost Woman,” was completed – roughly, of course.

Little did I know that was only the beginning of my journey.

The seemingly endless rounds of edits it took to make “A Lost Woman” a publish-worthy book were more arduous than the first draft of my novel. Each round took a significant amount of mental energy and time. The time was mainly taken away from friends, social events, sleep, and regrettably from my children.

Each round had a specific purpose, such as a focus on grammatical errors, adding in more descriptive writing, and taking out/changing story plot lines for a more focused and consistent story.

Another important piece to editing is having “beta readers”.

Beta Readers are much like hiring a trainer when preparing for a big match. They read over the story and provide you with the much-needed feedback you will need to do to get your book ready for the public. One of the best things a beta reader will do is give you perspective on your novel by pointing out the gaps in your story. Of course, as the writer, you have the entire story in your mind, but sometimes we forget that the reader hasn’t been provided with those pieces of information.

But, don’t think you’ve gained a much-needed vacation. Oh no, while your beta readers and/or editor are reading and revising your story, this is a good opportunity to read some published novels in your genre. This is so important because it helps you gauge the popular writing style in that genre, along with what is already out there that is getting published.

After a year, I had a fully edited and publish-ready story, but I had no idea how to get published.

In the world of publishing, a writer traditionally must start with finding an agent, so began the second leg of my journey of forging through a list of agents to query (which is a whole other monster!). Sending out over thirty “cold queries,” as they are called, all I could do was wait for just one to read my query and the first five pages (yes, only the first five!) and show interest in my book.

Within a few weeks, I was swimming in rejection letters. While this was defeating, I was not giving up – not now after all this work! I just kept reminding myself that even Stephan King had received over 30 rejections on “Carrie” before getting an agent. Then, as I was doing some research, I learned of an online writing community on Twitter (yes, get an account now and join #writingcommunity, it’s a plethora of information) and an online event called #Pitmad. This is an event in which literary agents read your pitch for your novel and show interest in representing you as a writer.

I always compared finding an agent to Goldilocks – everything has to be “just right.”

Unfortunately, this Goldilocks never found her “just right” in an agent (not yet anyway, fingers crossed), but I did find my “just right” in my publisher Bound to Brew, who found me during my third (yes, third!) pitch event on Twitter. So finally, after two years, at the end of my journey, I had received sixty rejections, seven full requests, completed countless edits, shed an embarrassing amount of tears, and had almost given up on my dream, when I finally found a home for my book.

Publishing is a rough business filled with a lot of rejection. However, if you believe in yourself and your story, coupled with a lot of patience wrapped in thick skin, it just might work out for you as well. 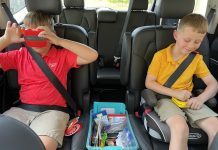 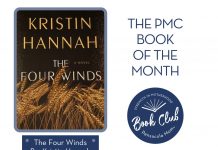