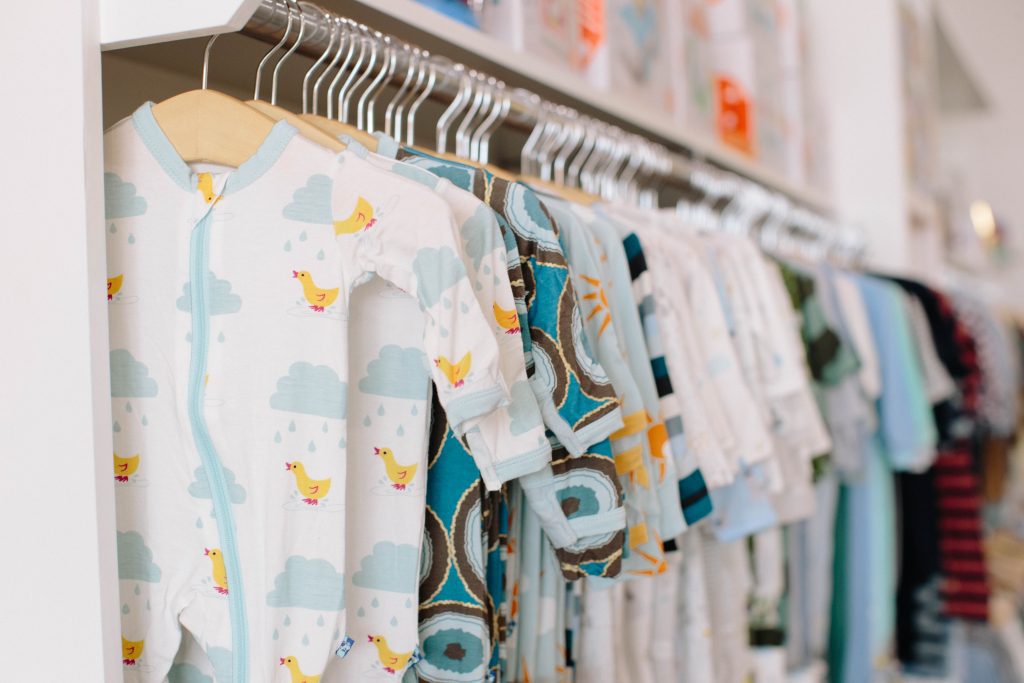 When I was on maternity leave with my first daughter, I quickly realized I needed a project to keep me sane. Luckily my family had recently purchased a rental property that needed an overhaul. I spent every free second I had between feedings, changing, and naps scouring the internet and local furniture stores for the condo. The condo turned out great, and I came in under budget (thank you very much).

Three years later, I found myself at home with my second daughter. I quickly became very bored and knew I needed a new project.

Now one of the very convenient things about having two children of the same sex is that you don’t need to buy any clothes or accessories for the second baby. They can wear all the hand-me-downs.

Think of all the money and time you will save by not having to shop.

Anyone who has had multiple children (especially girls) knows this couldn’t be further from the truth. Now, as an “experienced” mom (insert eye roll and laugh), I knew more about the styles and brands I wanted to get for the new baby. Also, living in the South, a large portion of my first daughter’s clothes were monogrammed. They were not practical for hand-me-downs, but oh so cute (Side note: I have a friend who purposely gave her two daughters the same initials so they could wear hand-me-down monogrammed clothes. That is a well-organized planned out woman!).

I also needed things for my three-year-old, who was growing like a weed. She had long outgrown the newborn and 1-year-old outfits we had received as gifts.

I wanted clothes for my brand-new bundle of joy and my quickly growing toddler, but I did not want to spend money on brand new clothes they would barely wear and/or ruin.

A friend had recently told me they bought some adorable inexpensive name-brand baby clothes from a group on Facebook. She invited me to the group, and I was instantly intrigued. As I was browsing, it became clear that most of these women (95% of the people buying and selling baby clothes online are women) were no joke. They clearly spent a lot of time going through their children’s closets, taking pictures, writing descriptions, and posting the items.

The first thing I started to notice was the number of acronyms. It was like a new language. Here is a primer if you need it:

I also discovered some other key phrases- like “well-loved” or “play condition,” which mean stained and dirty.

The next thing I realized is that there are thousands of groups like the one I had joined. There are specific groups for every brand of clothing you can imagine, certain styles, and “Mommy and Me” matching clothes. In addition, there are groups for people who have multiples and want to buy in sets of twos or threes. There are even groups organized by name and first letter for monogrammed items.

There is no shortage of places to buy and sell items.

As I joined a few groups and made a few purchases, I realized how much fun it was to look for just the right outfits for my daughters. I also enjoyed the bartering that took place and quickly learned you can always offer a little less than the price listed. If you “bundle” or buy multiple items from the same seller, you can get a discount as well. I would get so excited when I would find a $90 dress and get it for only $15!

My infant and toddler did not share in my excitement of this new great find, but I was thrilled.

As I became more familiar with the process, I realized most of these women had their own Facebook accounts just for BST. When I first discovered this, I was shocked people took that much time to create an account just for buying and selling?

Well, guess what, within a few weeks, I had created my own as well.

I friended fellow BST women in my favorite groups and realized I had entered a whole new community of mothers and grandmothers from across the country.

At this point, the packages started piling up. I would get excited for the mail to come each day so I see which of my great ‘finds’ would arrive. On several occasions, I would open the packages and discover that the woman I had ordered from not only neatly folded my item but also added in an extra bow or a pair of socks with a sweet note (there are very nice people in the world).

Overall, I was happy with what I was buying.

My husband was not so happy. He quickly realized that this new hobby of mine cost a good bit of money and that we had way more clothes than our two children needed.

When I started all of this, I promised him I would sell items too, not just buy. So the time had come for me to take my turn at selling. I set up a make-shift photo studio (i.e., the rug in my daughter’s room and my cell phone), collected some of the clothes I wanted to sell, and started snapping pictures. Then I posted them to all my new Facebook ‘friends’ and shared a few items in specialty groups.

Seeing a notification on my phone, I would excitedly check to see if I had made a sale. Instead, I would find messages from people asking questions about my items: “how does this fit” “is the material soft?” “can you take a picture of the right arm?” “What is the inseam measurement on those leggings?”

Really? I am trying to sell used baby clothes for $5-$20, not selling you a car.

I responded to the questions and did make a few sales, but quickly realized I was not cut out for the selling side of the BST world. Sticking to the buying part was better for me – I was good at that!

By the time I went back to work, I had purchased a lot of clothing for my daughters. I got some great deals and made a few new friends along the way. Most importantly, this little project had kept me busy (and sane) while on maternity leave.

I think that was worth every penny I spent.

I happily retired from the BST world, but I have a new respect for anyone out there that has the patience to stick with it!

For those of you that want to give it a try, here are my take-aways: 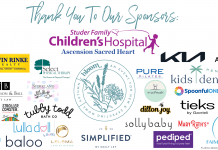 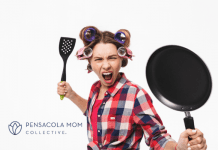 Are You a Reactor? 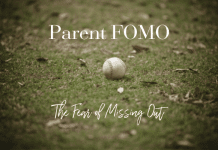