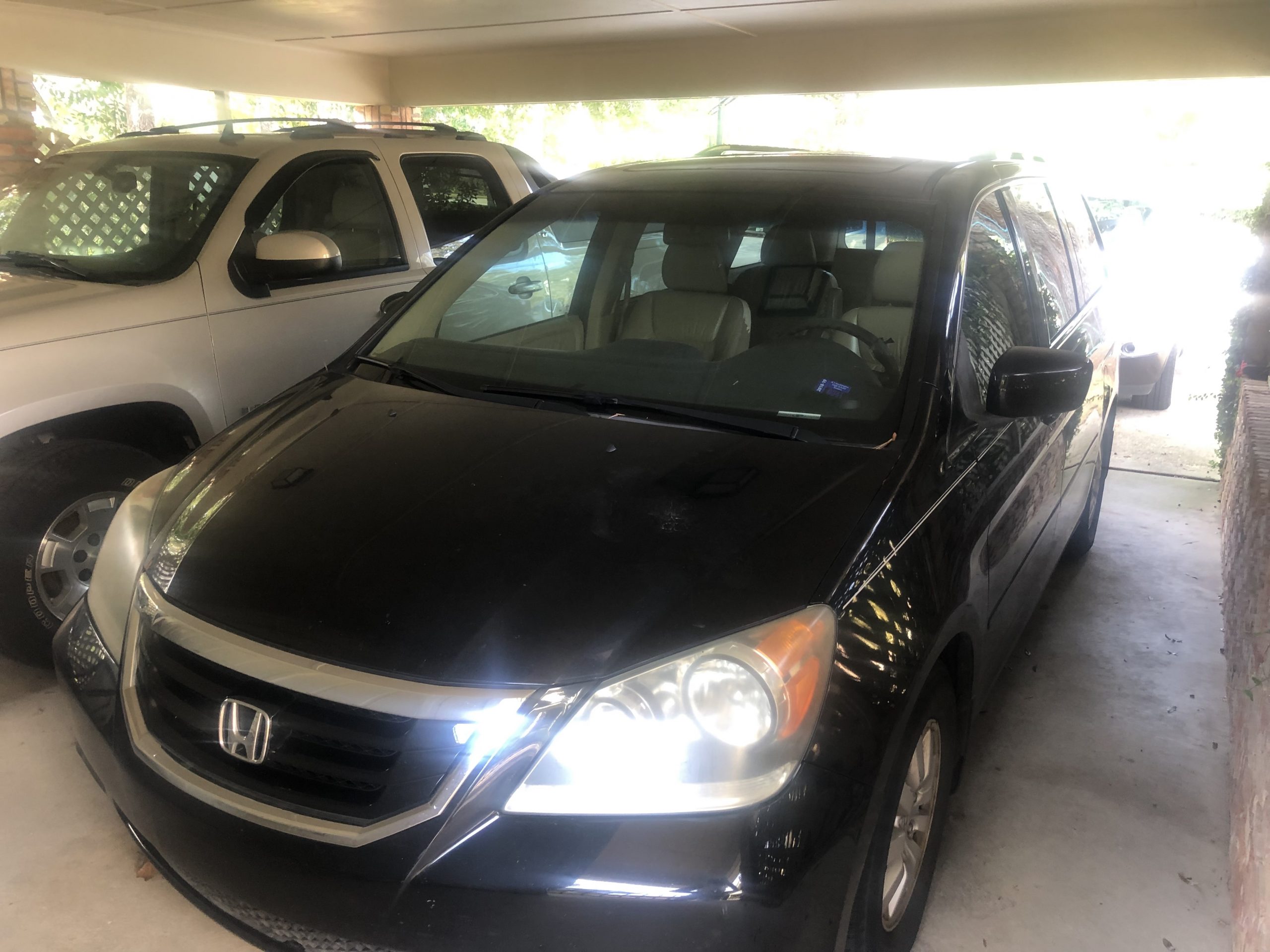 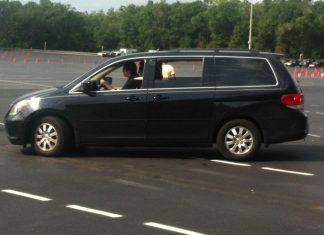 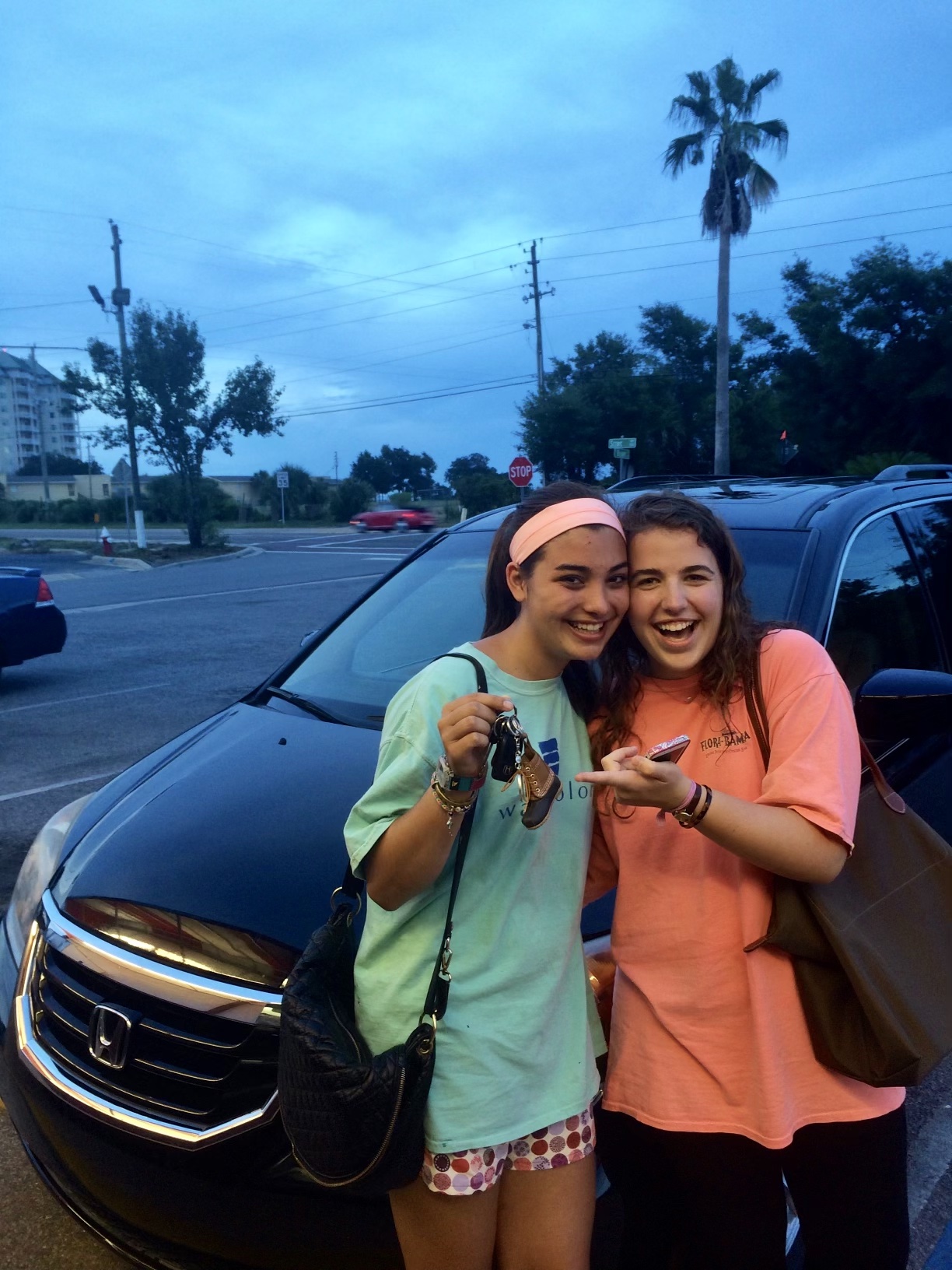 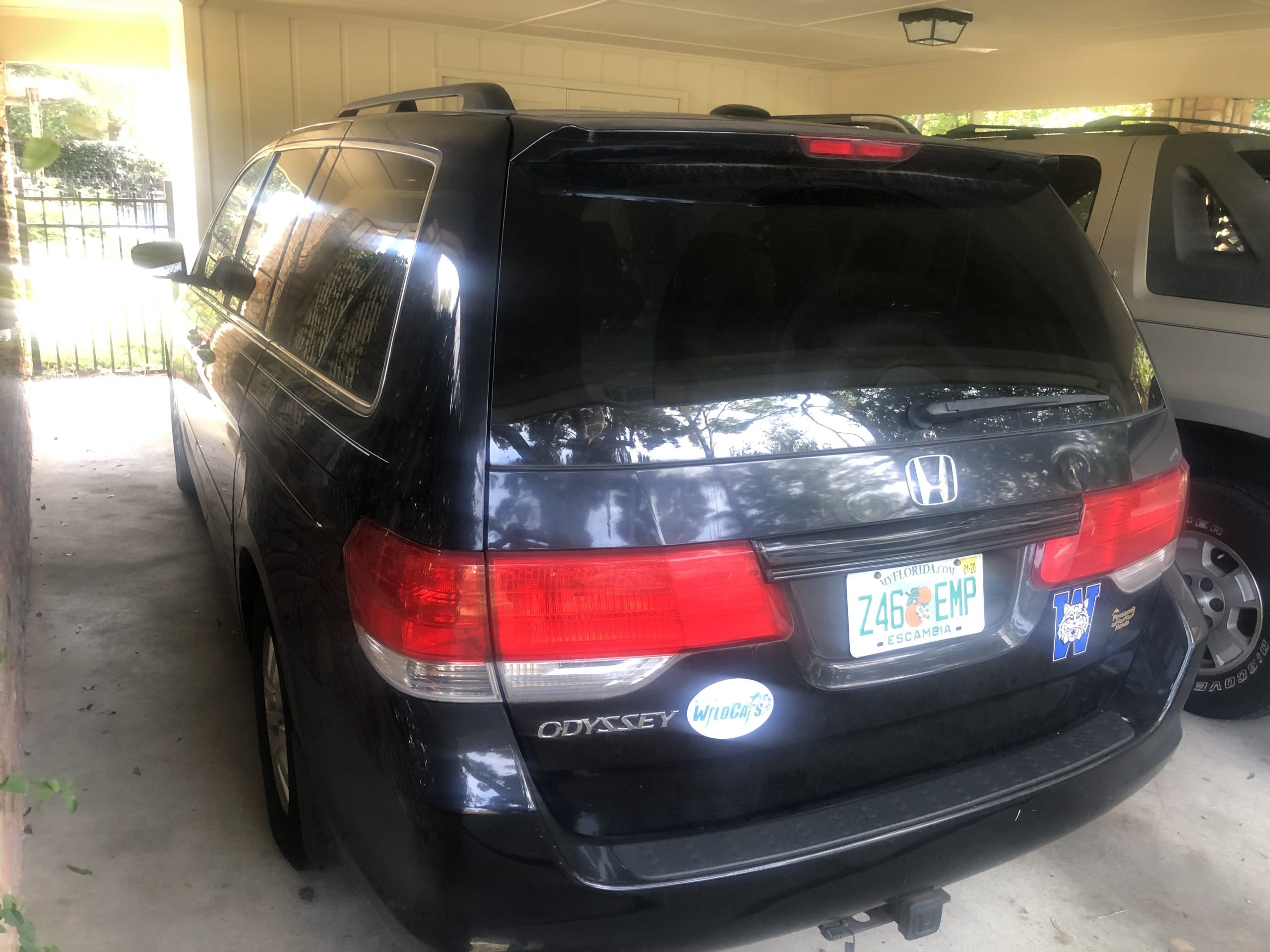 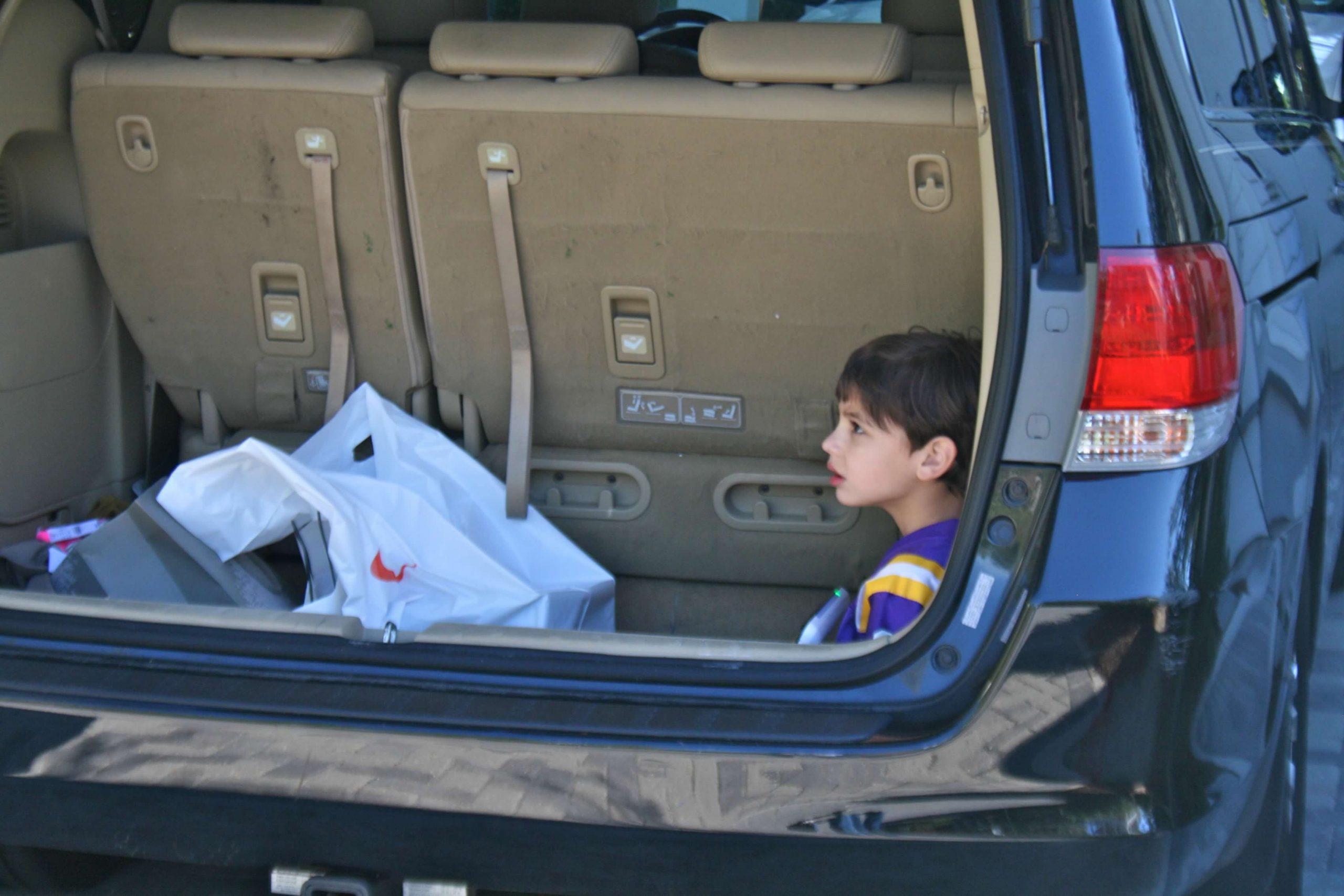 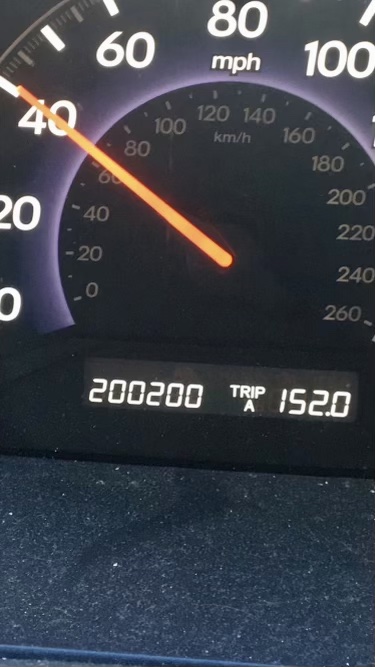 As a young mom, I swore I would NEVER drive a minivan.

Cool moms did not drive minivans. I wasn’t a cool mom, never have been, but I felt like the minivan would seal my fate.

Now, years later, I sound like a crazy person saying I miss my minivan. Hear me out young moms, middle moms, old moms, looking-for-a-car-moms, let me tell you how I came to love the “Vanimal.”

My first “mom car” was a Jeep Grand Cherokee. One kid, one car seat, four doors, how could I need anything more in a car? Well, after three kids in four years, I quickly graduated to a Yukon XL.

The Yukon XL worked beautifully until I began carpooling. I quickly learned how the difficulty of getting younger kids in and out of the SUV overrode the comfort of the large backseats and cargo space.car

Minivan thoughts began to creep into my mind, visions of automatic doors and middle aisles.

I researched minivans, let’s face it, I’m a nerd. My research led to one model– the Honda Odyssey. After some cajoling, my husband agreed but sent me car shopping ALONE.

Did I mention that I hate shopping for cars? My friends know I will gladly shop for almost anything else, but car shopping, ugh!

I remember the day clearly. I went to the dealership planning to buy a used Honda Odyssey and I knew how much I was willing to pay for it. One small hiccup, in 2009, other car buyers had similar plans. The inventory of used Honda minivans was non-existent. Well, not actually non-existent, but on this day the dealership held exactly one used Odyssey in inventory. Because of a built-in GPS navigation system, this used car priced out higher than any new minivan on the lot.

After a few hours of negotiation and too many phone calls to my husband at work, I drove off the lot the proud owner of a new 2009 Black Honda Odyssey.

I fell hard and fast for this car.

Despite its lack of cool factors, it abounded with convenience factors. The automatic doors saved my kids and me from so many parking lot dings. They also made carline drop-off and pick up a breeze and helped me keep a sleeping baby asleep as I removed them from the car without bumping into doors. The car easily sat eight people when the middle seat was installed and had adequate cargo space in the back.

Our family of six made so many road trips in that car to Disney, to Louisiana, to Asheville, to Texas. We went to swim meets, vacations, college search trips, and attended professional conventions. The car required little upkeep, just oil changes, tire checks, and the occasionally required maintenance.

You see, the “Vanimal” actually got her name from one of my kids. We made a deal with two of our children when they reached driving age. If they drove the minivan in high school, we would purchase them a nicer car for college.

You do not want to give a new driver a fancy new car. They will eventually, or quickly, ding a door, get in a fender bender, have a friend throw up in it.

The family hand-me-down car comes well prepared for all of these new driver trials. My youngest daughter willingly drove the car for three years and reluctantly passed it down to her younger brother when he needed a first car. He drove the car for two years. He loved it as well. 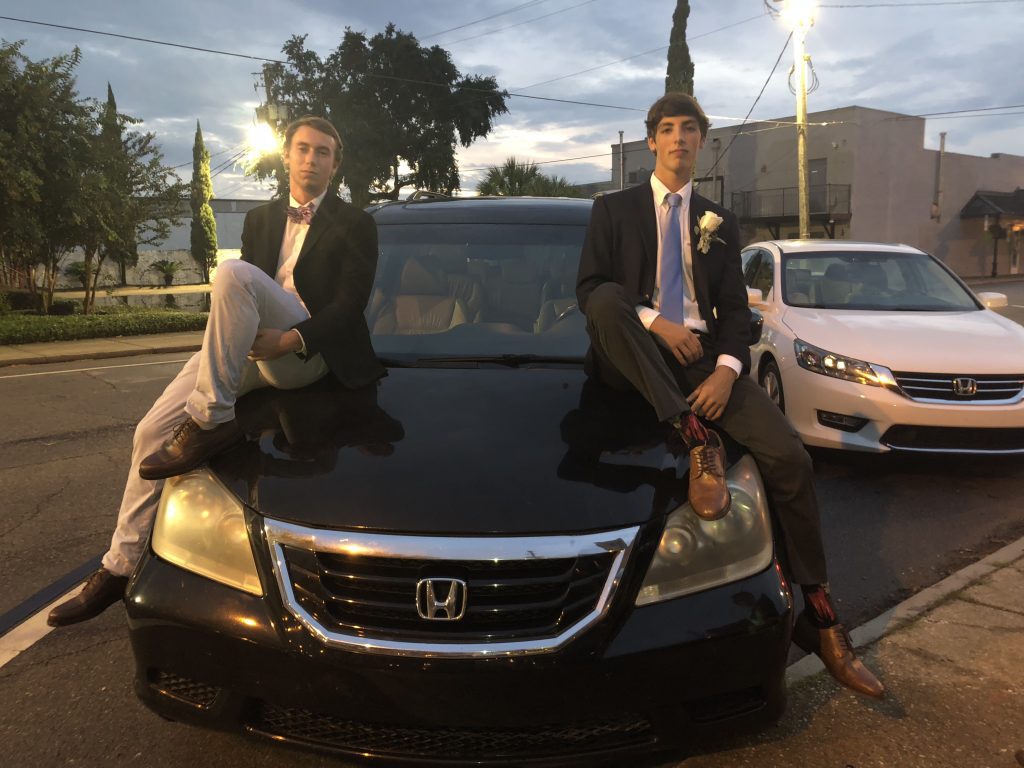 They can fit lots of friends, they do not have to worry about door dings or fast-food wrappers, and the large rear window provides a great scape for stickers. In 2019, we said good-bye to the beloved “Vanimal”, her odometer reading over 240,000 miles. Unable to sell her to a stranger, we gave her to my great-nephew as his first car hoping he would love her as we did. We still talk about that car.

So young moms looking for a mom car, go get yourself a Honda Odyssey, or at a minimum, a minivan. You will love her, you will eventually pass her down and you will miss her when she’s gone.