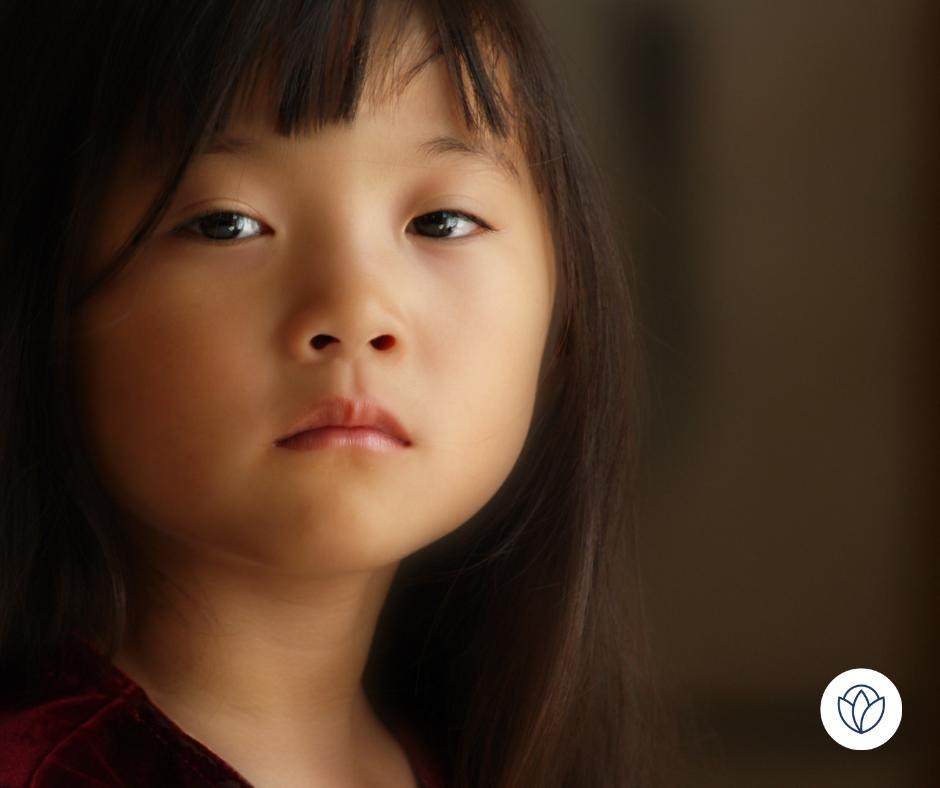 In recent days, the Asian American community has been shaken up by the tragic events in Atlanta. And rightfully so. Some may say that it’s just “media hype.” However, I will tell you from first-hand experience that our fears as Asian Americans are very real.

Many of us have suppressed our fears for so long, but these events have caused our feelings and fears to surface.

I remember the first time I heard the word “racist.”

I was six years old– almost the same age as my daughter is today. We were in the Capitol building in Hartford, Connecticut. My dad went to his appointment, so my mom had my brother and me. I remember there were three elevators in that building. My mom accidentally pushed the button for the service elevator and hadn’t realized it. I remember she pressed “G” thinking it was taking us to the Lobby, but instead, it took us to the basement. The janitor stormed into the elevator – she was obviously not happy that we were in there.

I remember the lady started yelling at my mom about how stupid she was for using the wrong elevator. My mom tried explaining it was an honest mistake. I remember my blood boiling because that lady was incredibly rude and irate, just screaming and was calling us names. She wouldn’t stop going on about it and smashed the elevator buttons to get us off of that elevator. And once we finally got off, the janitor still wouldn’t let it go.

“Can’t you READ? This says SERVICE elevator. THIS is the regular elevator.” The janitor was incredibly snide in the way she emphasized each word. She repeated herself, even more obnoxiously as though we were total idiots.

My mom apologized again, not wanting to make a scene. And we left. That’s when I asked my mom: “Why was she so mean?”

And my mom said, “Because she’s racist.”

I didn’t know what that meant exactly, but I knew it wasn’t good. So when we passed the lady again, who was still glaring at us, I turned around and stuck my tongue out at her.

Do y’all want to know the irony about that whole fiasco?  We were in Hartford because my parents were receiving their US citizenship.

That incident has been forever burned into my memory. And that was the moment I realized that I was different than the rest of my peers. I remember kids just coming up to me saying “ching chong, wing, wong” or chanting “Chinese, Japanese, dirty knees” before then squishing their faces with their hands to make Chinese eyes.

I remember playing “Spice Girls” with my Caucasian friends and being told that I “couldn’t be Baby Spice because I wasn’t white” and then being told, “Oh, but you can be Scary Spice.”

I remember sometimes feeling like an outsider at school or at church. I remember times where I’d watch groups welcome others that looked like them into their groups, but then I was left standing outside of that circle. I constantly questioned if people didn’t welcome me into their circles because I didn’t look like them.

And even as a young adult, I was told that I was “too Asian” or “not Asian enough.” Or that I was an Oreo– “brown on the outside and white on the inside.” While statements like that hurt me inwardly, I’d laugh it off to mask what I was feeling– that I just wasn’t good enough.

I felt like I was having an identity crisis all because of my skin color.

I am grateful that outside of that incident in Hartford, my parents pretty much shielded my brother and me from overt racism. And it actually wasn’t until a few years ago I learned that my parents had indeed faced their fair share of racism themselves.

Here’s an example– once, my dad (a retired OR nurse) was assigned a patient to care for. The patient refused to acknowledge him and demanded a different nurse. Come to find out that the patient wanted someone Caucasian.

The tragedy in Atlanta triggered my memory of the racist lady in Hartford. People use their words all of the time to express their prejudices. But today, with racial tensions being high– what if it’s something worse, such as violence? The thought is always in the back of my mind because of the color of my skin and my ethnicity.

I shouldn’t have to worry about my family. But there are days that I do.

And trust me, I know that not everyone out there is an overt racist. But there is still plenty of covert racism that still exists even in tighter-knit circles. I’m here today to tell you that you can break this cycle.

Break the cycle for the next generation by starting at home.

Talk to your kids about different cultures.

Pick a country and learn about the people who live there and what their cultures are like. Educating your kids is so important and teaching them about different people teaches them empathy, something our world so desperately needs.

Widen your circles and encourage your kids to widen their circles.

Remind them to make new friends and to be a friend to everyone. Look for those opportunities– maybe it’s at school pick up, church, the park, etc. Break out of your cliques and diversify who you follow on social media.

Try new foods you and your family wouldn’t otherwise try.

Now, I’m not telling you to go crazy and try balut (don’t Google a picture). But check out some ethnic restaurants and check out the reviews or ask your friends for recommendations. I’m Filipino– I will always recommend fried rice, pancit and lumpia for your first Filipino dish. We’ll go from there. You can also try a subscription to SnackCrate and try different snacks from around the world.

And while we’re on the topic of ethnic food, it’s ok not to like something different.  But please teach your children to avoid using words like “weird and gross” about foods they don’t care for. Food is closely tied to a culture, which is tied to an individual. As a kid, I remember wondering if people associated me with “weird and gross” because they thought what I was eating was strange.

Being someone of Chinese-Filipino descent, my maiden name is Chinese and two letters. Growing up, I hated it because people would make such a big deal over the fact that they couldn’t pronounce it. And some people (that we knew personally) wouldn’t even try to fix it.

But you know what? It meant the world to me when people genuinely tried to remember how to pronounce it correctly. I remember in 8th grade, a principal mispronounced my last name at an assembly, and by that point, I stopped caring because no one got it right anyways. That principal got wind that he had mispronounced it, and he, another principal, and two other deans personally pulled me out of class to apologize for their misspeak.

It’s okay to mess up! We know our names can be unusual and perhaps a little tricky to say or remember. All we ask is that you try.

These are just a few ways to learn more about cultures that originated abroad and, more specifically, from my perspective as an Asian American. There are other cultural norms associated with other ethnic groups that are slightly different from Asian Americans, and I want to encourage you to learn more.

I could go on, but I’ll leave you with this:

Stand by your friends of color or of different ethnicities. Be open to learning and don’t pretend to understand. Lead by example. Your kids are watching you and will mimic what they see and what they hear.

Make a difference for the next generation.