I am forever thankful for the acts of service and sacrifices the men and women of the armed forces make for you, and for me. I am also grateful for the families who hold down the fort and support their service members with unconditional love and sacrifice.

April is designated as the Month of the Military Child; a time to honor the sacrifices made by military families worldwide, with an emphasis on the experience of the dependent children of military members serving at home and overseas.

My husband is a Navy pilot and we have weathered two deployments as a married couple. When Brandon deployed for the first time, we said “see you soon” while I held our three-week-old son. I was a basket case with postpartum hormones raging and truly had no idea what the next 6.5 months would look like. Thankfully, he made it home safely.

A year later, it was time for the second deployment. Our oldest son was now 19 months old and their bond had only grown, so it was much more difficult to go separate ways. Oh, and we had another son who was four weeks old at the time! We joke that he “timed it right” so that he didn’t have to experience the sleepless nights with a newborn. But in reality, he would’ve given almost anything to rock his babies back to sleep at 2am.

Although our boys were very young when he was deployed, it still took a toll on them. Each time he returned home, they had to re-learn his voice and touch. Our oldest had to give his Daddy some grace when he didn’t know that “sek” obviously translated to “snack” in toddler speech. So the little ones had plenty of adjustments from Daddy being gone for months, then magically being home.

No matter their age, military children are forced to make sacrifices so their parents can serve our beautiful nation. However, if a military child has a strong support system to love and nurture them through the challenges of military life, their character can be forever positively impacted.

They learn to be adaptable, independent, adventurous, and so much more.

As neighbors and fellow Americans, here are some practical ways to support a child in a military family:

• Extend a personal invitation to the child or the whole family. Military families often live far from home and their extended family, this is especially hard during holiday seasons. But it doesn’t need to be a special event to reach out! Even if the invitation is declined, chances are good the gesture will go a long way to lessen their loneliness and help them feel like they are part of the community.

• Offer to help with transportation. Even if the serviceman or woman isn’t on deployment, they still may work odd hours or have weeks when they’re gone. This can leave the other parent coping with multiple kids, going in multiple directions. It’s hard for a parent to have two kids scheduled for two events at the same time.

Since we live in a military town, odds are you know someone who works at NAS Pensacola or NAS Whiting Field.

But if you don’t personally know any military families, or don’t feel comfortable directly offering them your support, there are ways to help them or their deployed loved ones:

• Write a letter of thanks to a military family, those currently in the service, or a veteran through Operation Appreciation and Blue Star Families

• Soldiers’ Angels has a variety of incredible teams of Angels who provide support to military families. Some of their support teams include Adopt-A-Family Team, Baby Brigade, Living Legends Team, just to name a few.

• Donate to Operation Shower. A service that provides baby showers to expectant military families with high-quality products for their babies while recognizing all that they do for our country.

A little encouragement can go a long way in showing a military child and family just how thankful we are for their service to our country! 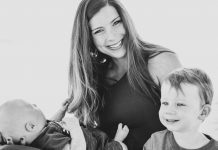 Worthy of Pursuing Your Dreams 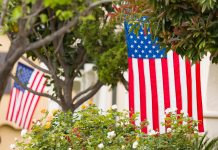