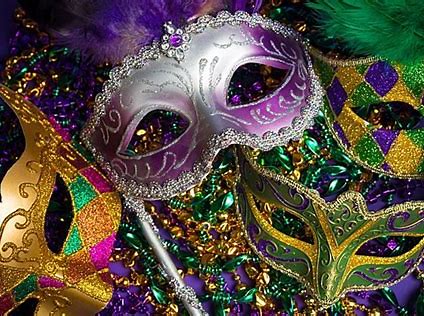 I grew up a practicing Methodist in rural southeast Texas and southwest Louisiana. I never attended anything “Mardi Gras” in my formative years. In fact, I cannot remember learning about it until my junior year in high school. (when I attended a boarding school in Natchitoches, Louisiana). Hearing fellow students and friends talk about Mardi Gras parades, and parties piqued my interest. As a result, six friends and I hatched a plan to attend Mardi Gras in New Orleans our senior year. Thirty-three years later, I cannot believe we convinced our parents to allow it. My memories from that trip still entertain me. However, I did not learn the actual history of Mardi Gras until many years later.

New Orleans claims to have hosted the first Mardi Gras, but Mobile owns that right.

Believe it or not, the first Mardi Gras in North America occurred in 1703 in present-day Mobile, Alabama. The French settlers celebrated and formed secret societies, like modern-day krewes. Subsequently, New Orleans began celebrating Mardi Gras in the 1730s, shortly after the city’s founding. From humble beginnings, Mardi Gras grew into a billion-dollar industry celebrated in Louisiana, Mississippi, Alabama, and northwest Florida. Comus and Night Revelers’ krewes in New Orleans date back to 1856 and 1870, respectively. Our own Pensacola first celebrated Mardi Gras in 1874 with the Knights of Priscus.

After marrying a Cajun boy, we have celebrated Mardi Gras every year in some fashion.

Like those found in Houma, Louisiana, D’Iberville, Mississippi, and Pensacola, Florida, small-town Mardi Gras celebrations differ from those of the lavish big city. Krewes include people from all walks of life, and parades center around families. My kids enjoyed watching their dad parade with Terraneans in Houma. Above all, they could not wait for him to throw them special treats from the float.

Yet, Mardi Gras signifies more than parades and parties.

Mardi Gras, or Fat Tuesday, marks the last day of feasting and celebration before Christians begin the season of Lent. In ancient times, people feasted on fatty foods, primarily meat and dairy products, before beginning the fasting of Lent. Thus the name “Fat Tuesday.”

Lent is a liturgical season of reflection and preparation, beginning on Ash Wednesday and continuing for 40 days until Easter. This period is marked by fasting, prayer, and almsgiving. While it is sometimes viewed as a “Catholic thing,” Lent is traditionally observed by Anglicans, Roman Catholics, Eastern Orthodox, Lutherans, and Methodists.

Those who attend religious services on Ash Wednesday (typically in a Christian church) receive a cross of ashes on their forehead. The priest or minister will proclaim the following words, “remember that you are dust, and to dust, you shall return.”

The ceremony, both beautiful and somber, sets the tone for Lent.

To me, the COVID pandemic seems like one really long season of Lent.

How? Because during the pandemic, we have collectively sacrificed for the greater good:

All of this has been done with the intent of slowing and stopping the spread of COVID. And with no real end to the pandemic in sight, Lent 2020 seems to have just rolled right into Lent 2021. While we have learned so much from this difficult year, many of us are worn down and looking for a re-set. Lent, regardless of your spiritual beliefs, provides an opportunity to do just that.

As an adult, I have developed a deep appreciation for Lent and the beauty of the season despite the somber tone and its focus on sacrifice and penitence. Personally, it is a time for me to focus on my faith, kind of like New Year’s resolutions rooted in spirituality.

At one time, my Lenten sacrifice included fasting from something I enjoyed like Diet Coke, wine, or chocolate. However, fasting does not have to include food. We can fast from gossip, cursing, social media, yelling at our kids, and so on. I learned that fasting from caffeine seems like a big sacrifice. However, if that sacrifice leads me to be unkind, it does not accomplish my goal!

During Lent, I also personally strive to offer daily prayers. I pray while I do laundry, sort socks, or make beds. These prayers lift up my family, friends, and sometimes, even people I do not know. However, prayer takes many forms. If you do not pray, you can reflect, meditate or even write your thoughts and feelings in a journal instead.

Almsgiving is another aspect of Lent, typically focused on giving money to the poor or a non-profit. However, almsgiving doesn’t have to involve giving money away. Practicing a random act of kindness once a week also works.

Pay for someone’s lunch or coffee. Smile at the mom overwhelmed by her kids in Target. That counts as almsgiving in my book!

In fact, one of my favorite almsgiving activities involves writing a letter a day to someone who positively impacted my life. Regardless of our spiritual beliefs, we can use these 40 days to improve ourselves and the world we live in.

We could all use forty days of that practice each year. 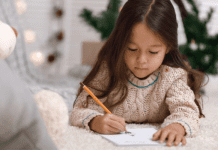 Funny Choice of Words: Language and How We Can Better Use It 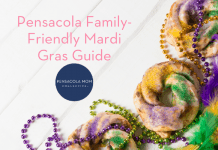 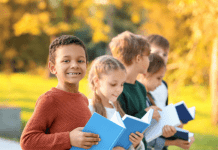 Books: Teaching Our Children the Importance of Kindness